In the last two decades, many computer scientists in Artificial
Intelligence have made significant contributions to modeling biological
systems as a means of understanding the molecular basis of mechanisms in
the healthy and diseased cell. In particular, the field of computational
structural biology is now highly populated by researchers in
evolutionary computation. Great progress is being made by these
researchers on novel and powerful algorithms to solve exceptionally
challenging computational structural biology problems at the heart of
molecular biology, such as structure prediction, analysis, and design of
biological macromolecules (proteins, RNA). These problems pose difficult
search and optimization tasks on modular systems with vast,
high-dimensional, continuous search spaces often underlined by
non-linear multimodal energy surfaces.
The focus of this workshop is the use of nature-inspired approaches to
central problems in computational structural biology, including
optimization methods under the umbrella of evolutionary computation. A
particular emphasis will be on progress in the application of
evolutionary computation to problems related to any aspects of protein
structure modeling, characterization, and analysis. The workshop will
allow for a broader focus on all structure-related problems that
necessitate the design of novel evolutionary computation approaches.
These may include broader structure modeling settings beyond de novo
structure prediction, such as mapping of protein and peptide energy
landscapes, structure analysis, design, docking, and other emerging
problems in computational structural biology.
One of the objectives of this workshop is to aid evolutionary
computation researchers to disseminate recent findings and progress. The
workshop will provide a meeting point for authors and attendants of the
GECCO conference who have a current or developing interest in
computational biology. We believe the workshop will additionally attract
computational biology researchers that will further add to the
attendance and GECCO community and possibly spur novel collaborations.
We hope this workshop will stimulate the free exchange and discussion of
novel ideas and results related to structure-central problems bridging
computational biology and evolutionary computation.

Topics:
Areas of interest include (but are not restricted to):

Use of artificial life models like cellular automata or Lindenmayer
systems in the modeling of biological problems.
Study and analysis of properties of biological systems like
self-organization, emergent behavior or morphogenesis.
Multi-objective approaches in the modeling of computational biology
problems.
Use of natural and evolutionary computation algorithms in protein
structure classification and prediction (secondary and tertiary).
Mapping of protein and peptide energy landscapes.
Modeling of temporal folding of proteins.
Protein design
Protein-ligand and protein-protein docking.

José Santos
He obtained an MS degree in Physics (specialization in Electronics) from
the University of Santiago de Compostela, Spain, in 1989, and a Ph.D.
from the same University in 1996 (specialization in Artificial
Intelligence). He is currently an Associate Professor, accredited as
Full Professor, in the Department of Computer Science at the University
of A Coruña (Spain). His research interests include artificial life,
neural computation, evolutionary computation, autonomous robotics and
computational biology. In the last years his research was focused on
computational biology, applying all the knowledge acquired in the other
research lines to the computational modeling of biological problems.

Julia Handl
She obtained a Bsc (Hons) in Computer Science from Monash University in
2001, an MSc degree in Computer Science from the University of
Erlangen-Nuremberg in 2003, and a PhD in Bioinformatics from the
University of Manchester in 2006. From 2007 to 2011, she held an MRC
Special Training Fellowship at the University of Manchester, and she is
now a Lecturer in the Decision and Cognitive Sciences Group at the
Manchester Business School. Her research includes theoretical and
empirical work related to the development and use of data-mining and
optimization approaches in a variety of application areas including
computational biology. She has a particular interest in improving the
optimization approaches employed in fragment-assembly approaches to
protein structure.

Amarda Shehu
Dr. Shehu is an Associate Professor in the Department of Computer
Science at George Mason University. She holds affiliated appointments in
the School of Systems Biology and the Department of Bioengineering. She
received her B.S. in Computer Science and Mathematics from Clarkson
University in Potsdam, NY in 2002 and her Ph.D. in Computer Science from
Rice University in Houston, TX in 2008, where she was an NIH fellow of
the Nanobiology Training Program of the Gulf Coast Consortia. Shehu's
research contributions are in computational structural biology,
biophysics, and bioinformatics with a focus on issues concerning the
relationship between biomolecular sequence, structure, dynamics, and
function. Her research on probabilistic search and optimization
algorithms for protein structure modeling is supported by various NSF
programs, including Intelligent Information Systems, Computing Core
Foundations, and Software Infrastructure. Shehu is also the recipient of
an NSF CAREER award in 2012. 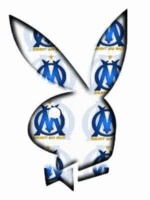